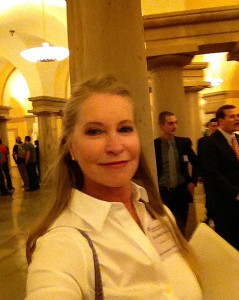 Growing up as a shy, uber-quiet girl, I never imagined in a million years that I would be getting up and speaking in front of hundreds, even thousands … END_OF_DOCUMENT_TOKEN_TO_BE_REPLACED

http://stores.ebay.com/patrickswayzeonelastdance BOOKS Lisa Niemi's new book "Worth Fighting For" is available now from her publisher Simon and … END_OF_DOCUMENT_TOKEN_TO_BE_REPLACED

In 2008, when my husband, Patrick Swayze was diagnosed with pancreatic cancer, I didn’t know much about the disease, but he did. And he said to me, “I’m a dead man.” Very … END_OF_DOCUMENT_TOKEN_TO_BE_REPLACED