[/frame]And so, in this photo – I am leaving my old, trusted plane, for a new and foreign one. And it’s much like what I’m facing now in my life – leaving the old one behind, and moving into the new one. One that is unknown, foreign, where nothing is where it used to be. However . . . 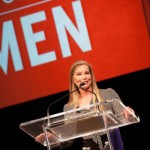 [frame align="left"][/frame]Growing up as a shy, uber-quiet girl, I never imagined in a million years that I would be getting up and speaking in front … END_OF_DOCUMENT_TOKEN_TO_BE_REPLACED

http://stores.ebay.com/patrickswayzeonelastdance BOOKS Lisa Niemi's new book "Worth Fighting For" is available now from her publisher Simon and … END_OF_DOCUMENT_TOKEN_TO_BE_REPLACED